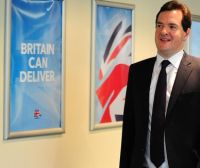 With the hours ticking away until UK Chancellor George Osborne delivers his Autumn Statement, the Airport Operators Association and A Fair Tax On Flying campaign have issued a joint statement detailing what might happen if he were to go ahead with plans to increase Air Passenger Duty (APD).  Basically it suggests that instead of increasing revenue it will reduce this revenue source to the Government with serious knock-on effects.

There is growing pressure for the Treasury to commission an impact-assessment of APD.

Many European countries including Belgium, Holland and Denmark have abandoned their aviation taxes, due to the negative effect on their economies. www.aoa.org.uk www.afairtaxonflying.org