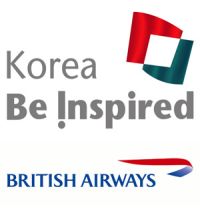 British Airways’ new route to Seoul started this Sunday (2 December).  It coincided with a new in-flight entertainment enhancement designed to keep customers happy from the moment they take their seat.

The new route follows the take-over of bmi, and the gaining of its slots (which has nothing to do with the creation of IAG), the airline introducing a non-stop six times per week service to the capital of South Korea.  A Boeing 777, with First Class, Club World (Business Class), World Traveller Plus (Premium Economy) and World Traveller (Economy) cabins is used for the route.

The outbound flight to Seoul arrives at the beginning of the working day and the flights have been timed in order to allow convenient connections to British Airways’ extensive domestic and European short haul network to and from Heathrow.

Keith Williams, British Airways’ CEO, said: “When we decided to launch Seoul, we were basing it on the strong demand from business travellers in both directions given the city’s strong economic base.  That demand remains”.

British Airways has become the first UK airline to enable customers to watch their in-flight entertainment screens as soon as they are seated.  As BA says: “One hour can be easily wasted on the ground”. www.ba.com