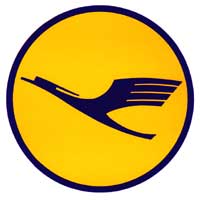 In what is seen as a small victory for the airlines, the German coalition Government has decided not to increase its controversial ticket tax from 1 January.  The increase was announced during the middle of the 2010 IATA AGM, held in Berlin, causing expletives from certain very senior airline chiefs.

As it stands the tax is imposed on flights departing from German airports at a rate of €7.50 (Europe, North Africa except Egypt and the whole of Russia), €23.43 (Middle East and the balance of North Africa), and €42.18 for the rest of the world.  There is no discrimination on the class of travel.

German Transport Minister Peter Ramsauer supports the view of German airline companies and has called for an immediate end to the tax, while German Finance Minister Wolfgang Schäuble has ruled out the idea of abolishing the levy.

Last year, the plane ticket tax yielded €905.1m for the Government but less is expected for 2012.

There is strong evidence that passengers are electing to fly from airports in neighbouring countries, such as Amsterdam, Strasbourg and Zurich, and are even changing their booking patterns to avoid the levy, for example by purchasing two tickets instead of one long haul ticket. www.iatatravelcentre.com