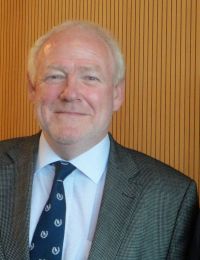 The new bmi Regional is launched today (29 October) as a fully independent airline, five months after being bought from IAG by a consortium involving Scottish aviation entrepreneurs, the Bond brothers in non-executive roles.  Leading the new partnership are Ian Woodley, who founded Business Air in 1987, from which bmi Regional evolved; Graeme Ross, Scotland Director, Eastern Airways, 2002-2010; and Robert Sturman, former Chief Executive at British World Airlines.  bmi Regional is operationally based at Aberdeen and has a sizeable presence at East Midlands Airport.

bmi Regional will run a total of four domestic and 11 European routes, having recently announced two new twice-daily services from Aberdeen to Bristol and Manchester to Antwerp in Belgium.

Ian Woodley said: "It is the end of what has been roughly 20 weeks of intensive work, where we have been basically recreating the regional airline as a completely standalone operation”.

"In some respects it would probably be easier to start an airline from scratch.

He added: "We have also had to introduce our own entire global distribution reservation system, which some people in the industry liken to open-heart surgery.

"But we've had to do all this at the same time as still flying our existing passengers and still maintaining our on-time departure performance." www.bmiregional.com