ON TOUR: The airports gather for their conference 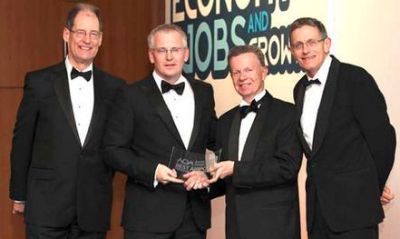 Elsewhere in this week’s edition of Business Travel News you will read of the stir that the latest Minister of State for Transport, Simon Burns, caused at last week’s Airport Operators Association (AOA) annual conference, held once again at the Paddington Hilton.

It was only the start of a very interesting two days attracting 250 delegates representing airports, airlines, suppliers, professional advisers and politicians.  A small exhibition was incorporated with 32 stands, an ideal networking opportunity.

Introduced by the Association’s Chairman, Ed Anderson, Mr Burns got the show on the road, made his comments, answered some questions and quickly departed. 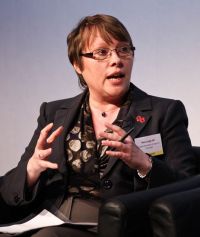 The Burns response to Andrew Neil seemed to go down well with the Shadow Transport Minister, the knowledgeable Maria Eagle MP, seemingly welcoming the Minister’s announcement.  She said that the Government has spent an entire year delaying a decision on airport capacity after Labour first proposed an independent commission be created.  “Even after Sir Howard was appointed to lead the commission, ministers continue to avoid making decisions by asking him to delay the report until after the next election”.

The terms of reference for the commission and its other members are yet to be confirmed, almost two months after it was first announced.

She agreed that the aviation industry has “a case for reform” of APD, which naturally went down well with the ensemble, leading aviation spokespeople saying it was an “encouraging step”.  She said she would now “push for a Treasury-led review” and repeated her words later in Parliament.

Simon Buck, Chief Executive of the British Air Transport Association (BATA), said: “I welcome Maria Eagle’s comments.  Her praise for A Fair Tax on Flying’s campaign is an encouraging step in building support for our campaign in Parliament.  We need strong support on all sides of the House of Commons in order to ensure that the Treasury fully assesses the impact of this damaging tax.  Her speech is a first step to achieving this”. 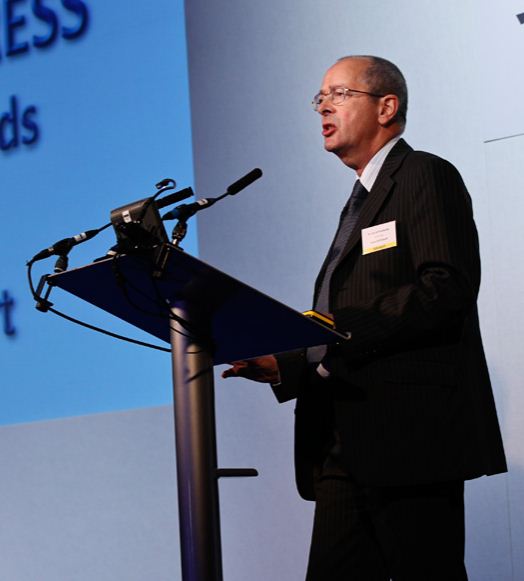 In a keynote speech Sir David Rowlands, Chairman of Gatwick Airport, said that the Sir Howard Davies-led independent inquiry into runway capacity in London and the south east, would ultimately need to decide on which existing London airports to expand rather than building a new gateway from scratch.

"Boris Johnson is backtracking.  When you do the numbers [on a new airport in the Thames Estuary], they don't add up”, Sir David said.  The Mayor's aviation adviser, Daniel Moylan, said last week that his boss was open to the idea of a hub airport at Stansted.

"The fantasy will fall away.  We will inevitably return to Heathrow, Gatwick and Stansted”, noted Sir David.

"It will then depend on who gets a new runway and in what order.  That seems to me to be what the Davies Commission will have to decide".

From 2019 onwards Gatwick Airport is free to pursue ideas for a second runway and is to submit rival plans to Sir Howard’s committee.

Sir David is of the view that London did not necessarily need one huge airport, noting that the UK capital could operate like New York, "which thrives without a dominant hub airport".

He added: "We should not be putting all our eggs in one basket.  We need competition, not some mega-four-runway hub airport". 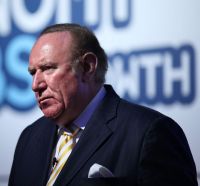 Sir David knows his way around government, previously Permanent Secretary to the Department of Transport.  He said that the British Government could override the current planning process and deliver new runways using parliamentary powers.  The so-called Hybrid Bills – parliamentary legislation used by governments to build major projects such as high-speed rail and the Channel Tunnel – should now be brought in for new runways.

He said: "The planning system in this country seems designed to frustrate progress on major projects”.

"Hybrid Bills have never been used for aviation.  The time has come to take runways out of the normal planning system and deliver them by Acts of Parliament".

The great and the good of the air transport industry followed in a series of debates each with a title which asked questions.

Robert Sinclair of Bristol Airport emphasised his five points (BTN 22 October) “Giving wings to airports across the UK” and produced a neat document summing up the various issues.

Paul Kehoe, CEO of Birmingham Airport, made the point: “The UK government has a particular sense of geography, with little focus outside of London.  The fact is, manufacturing is coming home, and direct long haul services are increasingly viable from the regions”. 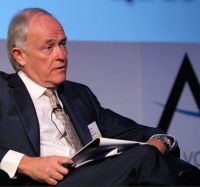 The articulate and engaging Emirates’ President Tim Clark summed it all up in the final debate of the gathering: “When the European economies rebounce, demand will come from everywhere – but the UK will miss out on this great opportunity, if nothing is actually done about airport capacity”.  Mr Clark also made it clear that he was not necessarily backing the Estuary airport, which seemed the case in the past.  He is very open-minded on the subject.