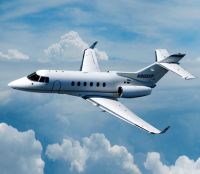 Close on 100 years after its Australian original founder met his end at Hendon Airfield the chances of Hawker Beechcraft staying in business remain slim.  Harry Hawker, Chief Test Pilot for the Sopwith Company, was killed 12 June 1921.  The Hawker (de Havilland 125) 900XP is arguably the world’s most successful business jet and remains in production until the present.

Goldman Sachs Capital Partners and Onex Partners, the private equity groups, purchased Hawker Beechcraft in 2007 for US$3.3bn at the height of demand for private aircraft and loaded the company with debt.  In May of this year the company sought Chapter 11 protection and a Chinese buyer was lined up.  This arrangement appears now to have broken down with Hawker Beechcraft saying that it will probably close its executive jet business and concentrate on turboprop, piston engined and other non-jet aircraft.

Beechcraft itself dates back to the 1930s and has produced a whole range of general aviation aircraft.  Still in production are the single engined Bonanza, ubiquitous King Air twin engined turboprop and piston engine Baron, mainly used as a trainer.  The jet aircraft line, which includes the Premier single pilot light jet, could be sold off to a new purchaser. www.hawkerbeechcraft.com