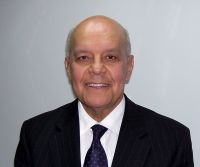 Somon Air of Tajikistan has appointed Lloyd Paxton as its new Chief Executive, replacing Alisher Rustamov who leaves the airline for a new role at Dushanbe International Airport.

For Paxton this is a return to one of the former Russian Republics having previously been the President of Air Astana in Kazakhstan where he laid the foundations for what has become a very successful airline.  Following his tenure at Air Astana, he later briefly held the position of Chief Executive at Malev in Hungary.

At Somon Air, Mr Paxton will be responsible for changing and developing all aspects of the airline so as to achieve international standards throughout its operations and will be supported by five other expatriate directors who are yet to be appointed.