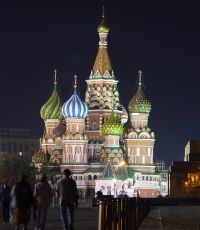 Monday and Tuesday (1-2 October) will see an event now rare in the airline calendar, a Civil Aviation Authority hearing between three airlines on, what will be for two of them, a new route.

It is the single bmi slot that is up for grabs.  With BA now a UK domestic monopoly at Heathrow its chances of getting the route would seem slim.  However it has been cunning and applied for Sheremetyevo.

For easyJet the four-hour flight is within easy range of its Airbus A320 series aircraft and it will offer a very competitive proven service that now appeals to both the business and leisure traveller.  Gatwick, with slots to spare, is the official alternative to Heathrow and easyJet’s major base.  A win for the carrier would free up 14 weekly Heathrow slots.

For Virgin Atlantic it is assumed that a two-class long haul A330 will be the aircraft for the service, and that at Heathrow T3 connecting traffic is a vital part of the offering, including the airline's proposed routes to Manchester (firm), Edinburgh and Aberdeen. www.caa.co.uk/docs/213/2059Final.pdf