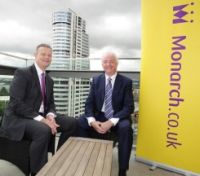 Now calling itself a ‘scheduled leisure airline’, Monarch, based at Luton, recorded exceptionally strong passenger numbers in August 2012 with more than 748,000 customers travelling to hotspots across Europe and the Mediterranean.

Commenting on the numbers, Managing Director of Monarch Airlines, Kevin George, said: “Achieving a load factor of 94.5%, well above the industry norm, is an excellent result for the airline”.

Monarch highlighted that the statistics are for earned seats, including paid for no-shows.  However it also noted that the load factor is calculated on the available seats.  Some carriers are known to block seats off when not flying full, which then raises the question of the load factor.  Does this include the blocked-off seats? www.monarch.co.uk