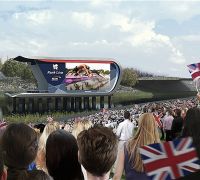 International Airlines Group (IAG), the parent company of British Airways and Spanish carrier Iberia, has reported a half-year loss of £306m.  Last year IAG made a pre-tax profit of £30.6m.

The company also claims the huge loss is due to the rise in fuel costs, along with poor performance by its Spanish airline.

IAG Chief Executive, Willie Walsh, said in a statement: "There remains a stark difference in the performance of our subsidiaries”.

"British Airways made an operating profit despite rising fuel prices, while Iberia's losses deepened.  Iberia's problems are deep and structural and the economic environment reinforces the need for permanent structural change.

"We are currently working on a restructuring plan for Iberia which we anticipate will be finalised by the end of September".

Mr Walsh confirmed there will be job cuts.

Inevitably the figures will question the whole ethos of IAG and the coming together of two of Europe’s largest airlines.  Besides the Iberia involvement Mr Walsh has some experience of working closely with the Spanish, having been in charge of Futura, a Majorca-based airline partly owned by Aer Lingus in the late 1990s which subsequently failed. www.iairgroup.com