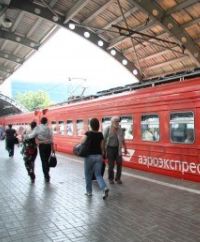 Domodedovo Airport, Moscow’s largest, is now finally connected to Paris, and to Orly rather than Charles de Gaulle.  Transaero Airlines has introduced a twice weekly service on a Wednesday and Saturday.

Transaero Airlines is already established to CDG with a five times per week service out of the oldest and smallest of Moscow’s airports, Vnukovo.

Now relegated as Moscow’s second international airport, Sheremetyevo is however the best connected to Paris with both Aeroflot and Air France having a minimum of a single flight daily to Charles de Gaulle.

At Domodedovo, Transaero is expansion minded with five new services this year.  In January it was to the Seychelles; from March – to Erevan (Armenia); from April – to Los Angeles; and weekly flights to Venice expected to be announced shortly.

Thus the total number of routes, operated by one of the largest carriers in Russia from Domodedovo Airport at the beginning of June 2012, has exceeded 90.  In comparison with 2011 the number of flights has increased by 14.8% and the passenger traffic has grown to 17.2%. www.transaero.com