Belfast is the capital city of Northern Ireland, it was granted city status by Queen Victoria in 1888.  The city has been a key part of the Irish linen industry, tobacco and rope-making.

Belfast is still the centre for arts, industry, education and business.  The city is the heart of Northern Ireland economy and the legal system here is one of the best in the United Kingdom.

Today Belfast is a place where people want to visit.  In 2008 some 7.1m people visited the city, these bringing much needed revenue of UKP437m to Belfast and to the whole of Northern Ireland. 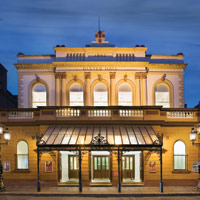 The city is steeped in history and even today there are many reasons to come, the re-opening of the Ulster Hall, a famous and very popular music venue, the City Hall being opened later this year and the Ulster Museum www.ulstermuseum.org.uk that should be re-opened in September.

Pubs, clubs and restaurants feature highly in this city, McHugh’s www.mchughsbar.com in Queen’s Square is in Belfast’s oldest building that dates back to 1711.  It includes a 100-seat restaurant and bar downstairs.  Again if your taste is funky modern then Apartment www.apartmentbelfast.com in Donegal Square is your kind of venue.  Laverys www.laverysbelfast.com in Bradbury Place is a restaurant, bar and live music club.  It has been a family run club for over 90 years but has five different venues on three floors, so most music tastes can be catered for.

The city of Belfast has links back to the Bronze Age, the Giant’s Ring a 5,000 year old henge monument is nearby and there are remains of many iron-age forts on the hills.

Belfast’s calendar of events is full but maybe none as spectacular as the Tall Ships Atlantic Challenge from 13 to 16 August 2009.  This event will bring many thousands of visitors just to watch the start of the race and to see the magnificent sailing ships www.tallshipsbelfast2009.co.uk 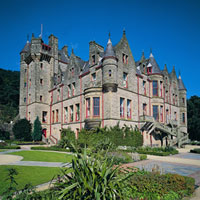 Apart from the Ulster Hall, City Hall and the Ulster Museum there are many more historic buildings to visit in Belfast, the Stormont Parliament Buildings, Queens’ University, the Botanic Gardens and Belfast Castle.

Those who want to shop Victoria Square is the place to go, opened in June 2008 with shops, restaurants and a cinema.  There are even free concerts and entertainment in Custom House Square.  Belfast has over 40 public parks and gardens, one dedicated to Princess Diana.

Maritime is highlighted here with the famous Harland and Wolfe shipyard, the place were the ill-fated RMS Titanic was built in 1912.  Harland and Wolfe still build maritime platforms in the dock.  Shorts Brothers, the world's first aircraft manufacturers started a production facility here, Shorts Brothers is now part of the Bombardier Group with the factory still manufacturing components for the Canadian-based company. www.bombardier.com

Belfast is a thriving container and cruising port, a growing city and a vibrant place to visit with lots of different and interesting things to do.