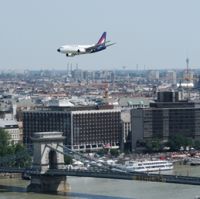 Airlines continue to be less than forthcoming when it comes to route cancellations but we glean that Delta is to drop its five times weekly Detroit – Hong Kong service from 12 August.  The near 16-hour flight commits at least two Boeing 777-200ERs which will presumably be freed up for other operations.

Air France has stopped its Paris – Cancun (CUN) operation introduced on 21 October and this is now not expected to resume from winter as previously planned.  The airline is also cancelling flights from Paris (CDG) to Orlando from 6 September.

At London City the SAS service to Copenhagen has already gone and the Lufthansa route to Munich stops at the end of summer season.

Ryanair has decimated its Moroccan programme to Nador, Marrakesh and Tangier, and closed Oujda.

BTNews would be grateful to hear from readers regarding route cancellations. info@btnews.co.uk