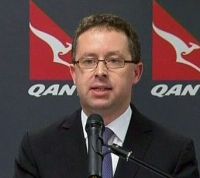 The Qantas Group is to be restructured over the coming months as it enters the next phase of the five-year transformation plan launched in August 2011 to effect its very survival.

Qantas International and Qantas Domestic – currently combined as ‘Qantas Airlines’ – will be formally managed as two distinct businesses.  Each will have its own chief executive and its own operational and commercial functions and their respective financial results will also be reported separately effective 1 July.

The airline says the change will enable a greater focus on the priorities of turning around the Qantas International business and enhancing the strong Qantas Domestic division as part of the overall Group strategy.

Alan Joyce, Group CEO, said that the restructuring would strengthen the Qantas Group’s portfolio and help deliver its strategic goals.

“Qantas International, a great airline with a rich history, is loss-making and does not deliver sustainable returns.  However, we are committed to turning it around.” www.qantas.com