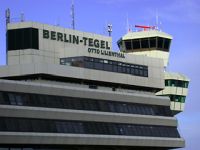 More details have emerged concerning the delay with the opening of the new Willy Brandt Berlin International Airport (see last week’s issue).  After regulators raised concerns about fire-safety systems, it will not now open until the end of the airline winter season in March 2013.

What has annoyed many people, both travellers and those involved in the airline industry, is the fact that the delay announcement was made less than one month before the new airport was due to open.  Staff at the existing Tegel had either been made redundant, or promised re-location to the new site.  Airlines were planning new routes and schedules.  Lufthansa says that their new services to both Birmingham and Manchester will nevertheless go ahead but to Tegel.

Air Berlin indicated this week that it would seek compensation for the delay.  Others are sure to follow.  German efficiency has been called into question.

When completed the airport will have a capacity of 27m passengers a year, or about half that of Frankfurt.  Tegel is currently moving around 15m.  There are plans to further expand the airport when it finally opens. http://preview.berlin-airport.de/en