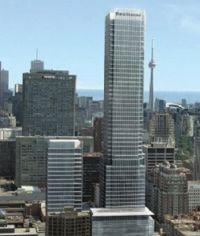 The home city of the Four Seasons hotel group since it was founded in 1961, Toronto, is again to host one of its outstanding properties.  The brand new Four Seasons Hotel Toronto, located in the city’s glamorous Yorkville neighbourhood, is now accepting reservations for guest stays starting on 1 October 2012 and beyond.

Consisting of two towers, the 55-storey main block and a 26-floor residential building, the Four Seasons Hotel Toronto is designed to represent the new generation of Four Seasons Hotels and Resorts worldwide with 259 state-of-the-art guest rooms, an elaborate spa and fitness centre, function rooms and an international style restaurant.

“The city doesn’t feel the same without having a refuge in Yorkville where our guests can escape to,” explains Dimitrios Zarikos, Regional Vice President and General Manager of the Hotel.  “It is our goal to have guests back inside a Four Seasons Hotel in Toronto in no time at all." www.fourseasons.com