ON THE SOAPBOX: Carolyn McCall

A vision for London Luton Airport 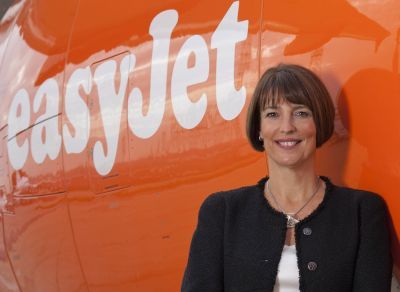 Our vision for London Luton recognises the importance of the airport to the region, as well as to easyJet, and the airport’s potential which would see London Luton grow passenger numbers, destinations and local employment.

We also recognise the vital role which London Luton can play as part of the Government’s strategic intent of more effectively using airport capacity within the South East of England.

Our vision reflects the need for improved airport infrastructure, increased accessibility and a wider need to build a positive consumer image of London Luton Airport.  At its heart is the desire to deliver for the passenger and to support the easyJet aim of making travel easy and affordable.

The key elements of our vision are:

*    Making the airport easy to get to – improved frequency of fast trains to and from London, removal of the charge for the Luton Airport Parkway shuttle bus and delivery of Junction 10a.

*    Passenger friendly terminal facilities – Reduce waiting times at security and immigration. Increase the number of stands to remove the need for bussing to planes, an improved terminal experience – more seating and retail on the way, not in the way.

*    Delivering at the right cost base – efficient and cost effective development alongside matching airline growth commitments.

*    Growth and infrastructure phased – Airport development should be phased alongside realistic growth targets – to deliver value for all stakeholders.

It’s clear that at present London Luton Airport is not as good as it could be, and it should be positioned to play a bigger part in overall airport capacity in London and the South East.

We believe that the airport and the Council should work proactively with airlines to find the best solution for passengers and for the local taxpayers who ultimately own the airport.  This solution must cover airport infrastructure, improvement of road and rail access and the changing of old perceptions which are holding us back.  It goes without saying that all of this has to be achieved at a sensible cost.

Therefore, if we grasp this opportunity now London Luton will grow, deliver a great passenger experience and significantly contribute more to the local and regional economy.  With this framework we look forward to seeing the plans develop as quickly as possible.  easyJet has a unique interest in the future vitality of the airport given that it represents around 50% of current passenger numbers, bases 16 aircraft, operates 34 routes and employs over 1,000 people at the airport.  In addition, London Luton serves as the airline’s International Headquarters.

Carolyn joined easyJet on 1 July 2010 as Chief Executive.  Prior to this, she was Chief Executive of Guardian Media Group plc.  Carolyn was a Non-executive Director of Lloyds TSB from 2008 to 2009, Non-executive Director of Tesco Plc from 2005 to 2008 and Non-executive Director of New Look from 1999 to 2005.  She was Chair of Opportunity Now and a former President of Women in Advertising and Communications London (WACL).  Carolyn was awarded the OBE for services to women in business in June 2008.  In April 2008, she was named Veuve Clicquot Business Woman of the Year.  She graduated from Kent University with a BA in History and Politics and from London University with a Masters in Politics.  We have launched our strategic vision for London Luton Airport.  This follows on from the two recently published master plans from Luton Borough Council and London Luton Airport Operations Limited (LLAOL).