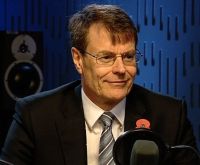 Theresa Villiers, the junior Transport Minister, and noted for her intransience regarding Heathrow’s expansion, used the opportunity of the Transport Times conference in London last week to reiterate the Prime Minister’s recent words stating that the Government would look at all options for increasing capacity in the South East “with the exception of a third runway at Heathrow”.

“The Coalition has always been clear that it doesn’t support a third runway at Heathrow – one of the very first acts as government was to confirm that,” the Minister of State said.

Her words were at variance with that of BAA which cautioned it could go down the route of a judicial review if Heathrow was the one option barred from an inquiry into how to solve the UK’s capacity problems.

Speaking at the same conference BAA Chief Executive Colin Matthews said: “The message I hear from airlines is clear: if there’s no room at Heathrow then flights will move out of the UK altogether,” He said: "These figures show that it is a mistake to believe that flights displaced from Heathrow will automatically fly to Stansted, Gatwick or Birmingham instead.” www.transporttimesevents.co.uk