ON TOUR: Cardiff – Well worth a visit 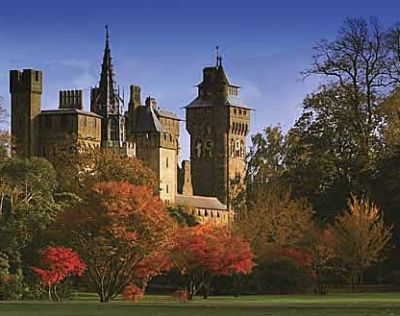 The Welsh rugby team are very much on the up (Six Nations Champions 2011/2012) and so is their home city Cardiff.  Even if you are not into the 15 men per side form of legalised hooliganism (played by gentlemen – or so they say), the National Stadium, owned by the Welsh Ruby Union is one of the many places in the capital of Wales worth a visit.  Tours take place daily and the stadium (also called the Millennium Stadium) is just a short walk from the city centre.

If you are coming by the most popular route, that is the M4 via the Severn Bridge, you do have to pay to get into the country, currently £6 for a vehicle up to nine places.  Mind you once the money has been spent they are not worried.  To get out is free.

Cardiff was the world’s busiest coal port 100 years ago.  All that is now very much in the past.  The place is clean and bright, typified by Cardiff Bay, the largest man-made sea inlet in the United Kingdom.

We stayed at the Cardiff Hilton, highly recommended.  Right in the centre of the city one just abandons the car (don’t worry – they bring it back when wanted) and perfect for grandchildren (under 10) who could use the fine indoor pool and make the most of a free lunch and dinner menu.  This was supposed to be when dinning with the adults but the sympathetic staff were more than happy to let them eat early and for the seniors to dine later.  Maybe there was method in their madness.  We drank a bit more wine.  At any event there are some very good deals available, but not when Wales are playing!

The Cardiff Hilton is really at the centre of everything.  On one side is Cardiff Castle and 2,000 years of history, and behind the building the pedestrian precinct including a new John Lewis.  Plus many pubs and eating places to suit all tastes.  Also very close by is the start and finish of the circular tour bus, a vital ride early in your visit in order to establish the essential layout of the place and what to focus upon. 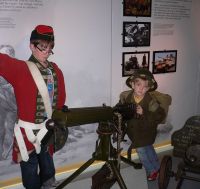 Cardiff Castle is an enigma.  It actually dates back to Roman times and the Norman keep cannot be viewed from the road.  What you see from the outside is essentially a grand Victorian palace, a living memorial to the Earl of Bute, landowner, dock developer and lover of the arts.  The Family Trail will keep the younger ones amused and entertained teaching them about the Tudor times, mid-Victorian Wales, and history of the valiant warriors from these parts who went out and defended the Empire.  The lovely grounds have also been the venue for many a concert, pop and philharmonic.  Tom Jones is always popular.

If it is theatre that you are into The Wales Millennium Centre is a must in a lovely setting down by the waterside.  Locally nicknamed ‘the Armadillo’, the Centre comprises one large theatre and two smaller halls with shops, bars and restaurants.  It houses the national orchestra and opera, dance, theatre and literature companies, a total of eight arts organisations in residence.  The main theatre, the Donald Gordon Theatre, has 1,897 seats, the BBC Hoddinott Hall 350 and the Weston Studio Theatre 250.  Regular daily showcase tours are on offer which take you around all of the backstage.  Have a look at the programme to see if your visit fits one of the many and varied offerings.

As an alternative you can visit the New Theatre, which is not new at all (1906), currently running Murder on the Nile and due to offer the Susan Boyle musical “I dreamed a Dream” in mid-May.  St David’s Hall is nearby, a venue for Welsh voices.

Easy walking distance from the Millennium Centre is Techniquest a science and discovery centre for children.  It was the UK’s first project of its kind 25 years ago and is a big success.  Techniquest gives visitors a hands-on approach to science and includes a science theatre, a planetarium, and a discovery centre.  More than 120 exhibits are just waiting to be pushed, pulled and prodded! 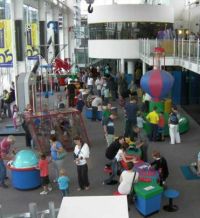 The museum includes over 40 buildings which represent the architecture of Wales, including a nonconformist chapel, a village schoolhouse, a toll booth, and a small farm.  The museum holds displays of traditional crafts with a working blacksmith's forge, a pottery, a weaver, miller and clog maker.  There is a row of workmen's cottages, each one from a different era.

South Wales is a great area for tourism with Merthyr Tydfil, the southern gateway to the Brecon Beacons National Park, just 25 miles away.  Continue north to the visitor centre for an early lunch and then turn east on the A470/A40 towards Brecon, Abergavenny and Blaenavon and The Big Pit, a former mine and now a national museum (and as such free) with a working lift shaft enabling visitors to go underground.  150 years ago children worked under terrible conditions.  It is a real eye opener.

Our visit was not long enough, just two nights, a full week needed to justify this corner of Wales.  We missed out on the Cardiff International White Water Centre, The National Museum of Wales, and Dyffryn Gardens, 55 acres of natural beauty.  The concierge at the Cardiff Hilton was keen to suggest Penderyn Distillery and the Cardiff Central Market, wrought iron and Victorian.

As General McArthur once said under more arduous circumstances, “we shall return”.
www.hilton.co.uk/cardiff  www.visitcardiff.com