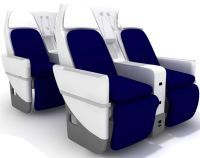 Air France has introduced a three times per week service from Paris Charles de Gaulle to Wuhan.  It is its fifth route into China.  A three-class (Business, Premium Voyageur and Voyageur) Boeing 777-200ER is used on the 10hr 30mins service.