Airbus and Boeing – the WTO’s verdict 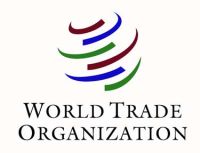 Last week the World Trade Organisation (WTO) pronounced on the alleged subsidy row between Airbus and Boeing with both sides claiming victory.  AERBT, rather like all watchers of the air transport scene, was confused.  There is fierce competition between airlines and the suppliers of their aircraft.  Airlines seek fuel-efficient aircraft at the best price.  Thus, the Boeing/Airbus subsidies cases at the WTO matter greatly.  Clearly the only ones to benefit are the lawyers.  So we asked our tame legal experts to clarify.

“The WTO examined both sides’ allegations and asked: was there a subsidy?  Was it “specific”?  Did specific subsidies cause “adverse effects” and what remedies apply?

The US alleged that the EU and France, Germany, Spain and the UK had subsidised Airbus over 300 times in 40 years.  The EU complained that the US had subsidised Boeing for up to US$19.1bn between 1989 and 2006.

The WTO Panel in both cases partly upheld and partly dismissed the two sides’ complaints.  The Appellate Body upheld key Panel findings and dismissed others.  There is a sense that Airbus has edged a narrow victory at the WTO, complementing its recent lead over Boeing in orders and deliveries.” www.gatesandpartners.com