easyJet boost for the south of France 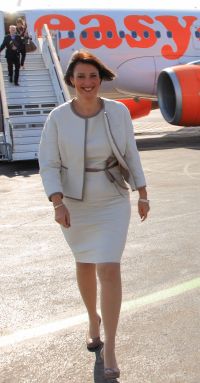 The Nice and the Rivera community really laid out the red carpet for easyJet last week as the carrier introduced new bases at both Nice itself and Toulouse.  The fact that the airline only now operates Airbus aircraft was a small factor in a welcome in which the local mayor called The Rivera “once a British colony”.  Hardly true but English is widely spoken and there is a warm welcome for the Anglos.

Carolyn McCall, easyJet Chief Executive, highlighted the airline’s impact in France since it opened its first base at Paris Orly in 2002.  She told a large audience of French and English media that last year the carrier showed a 19% increase, to over 12m passengers to and from, and within France, taking 12% of the total national air travel market.  easyJet now employs 800 staff in France and is the country’s largest domestic carrier.

From Nice the airline carried 2.4m passengers last year, about 25% of the airport’s throughput.  With the new routes about to be opened the airline will serve 23 destinations this summer.  At Toulouse it will operate 145 flights per week on 16 routes with a target of 1.6m travellers this year. www.easyjet.com