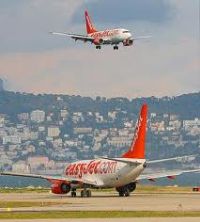 With a throughput of 10m passengers last year, and now firmly established as the number three French airport, after CDG and Orly, Nice Côte d’Azur (NCE) is embarking on a major terminal development programme.  This is not due to be completed until 2019.  Also underway nearby is an 80,000 sq m convention centre, linked and inland from the airport’s railway station.  With two parallel runways (but not operational at the same time) NCE has no airspace congestion problems and claims to be Europe’s third busiest executive jet operation, this time after Le Bourget and Geneva.

In addition to increased flight schedules the airport has introduced a number of new initiatives designed to improve the passenger airport experience.  Among these is a free new iphone application, which was launched in December and provides customers with up-to-date news on flight status and helpful telephone numbers for the airport’s public services.

Proving very popular is the scheduled helicopter link to both Monaco and Cannes (and St Tropez in the peak summer months).  The airport says that it now hosts 59 airlines connecting to 105 destinations including Delta to New York (summer only), Emirates to Dubai, Aeroflot to Moscow and Ukraine International Airlines to Kiev. www.nice.aeroport.fr