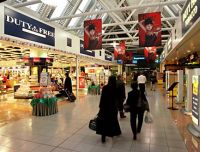 The recovery comes on the back of three consecutive years of falling passenger numbers, and left 2011 at the same level as 2004. During months where 2010 was unaffected by disruptive events, 2011 saw passenger numbers increase by 0.6% compared to those carried during 2010, suggesting that underlying growth was still relatively weak.

AERBT brings you the individual airport without any real comment except to say that for 2012 Southend, which moved 42,439 passengers last year, a big rise from 3,583 the previous 12 months, will be into six figures.  With easyJet as a tenant it should in 2103 make the one million plus cut off point. www.caa.co.uk/airportstatistics