ON THE SOAPBOX: Unite… and aviation will fly says Darren Caplan 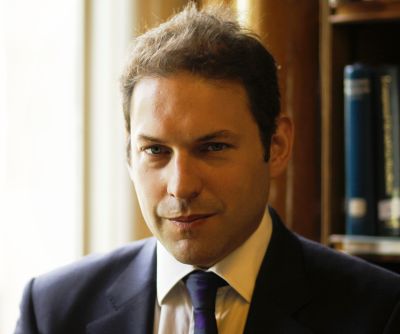 Darren Caplan has been Chief Executive of the Airport Operators Association since January 2011.  Previously, he spent 14 years working in communications, public affairs and politics across a number of sectors, including infrastructure, planning and technology.

He has worked for NTL, the Conservative Party, and multi-client lobbying/PR agencies in London; and stood (unsuccessfully!) as a parliamentary candidate against Diane Abbott in the 2010 general election.

Aviation is a fantastic industry.  Airplanes and airports are inspiring in what they do and what they deliver.  And what is more beautiful than an aeroplane rolling down a runway and then taking to the sky?  Few industries represent the ability and achievement of mankind better than aviation.  Yet few industries are so taken for granted.

Despite the fact that the UK is so good at this aviation thing – pioneers in air travel, with an incredibly strong pedigree in aerospace – and despite the fact that the most amazing, talented, people work in the industry, full of character and passion – we face a real battle against belligerent anti-aviation groups and complacent public policy-makers.

Some anti-aviation groups are local, campaigning against airport development despite the fact they often regularly use those very same airports.  Some are national, viscerally against flying for any number of reasons.  Despite being small in terms of operatives but loud in voice, they would rather see an aviation sector retreating in principle, than seek solutions to relatively short term challenges.  These challenges mainly revolve around environmental impacts and noise, and I call them short term because the current generation of geniuses putting people up in to the skies are already developing solutions to them, building upon fantastic advances already delivered.

We also have public policy-makers who give undeserved weight to anti-aviation groups and who are subsequently unwittingly hindering this wonderful industry of ours.  I say unwittingly because we know they want to create thousands more aerospace jobs, that they want the UK to become a Top 5 tourist destination, and that they want the country to be “Open for business” – the charge on all this has been led by the Prime Minister himself!  In which case you have to wonder why the Government has levied the highest Air Passenger Duty (APD) taxes in the world, has allowed a three-year aviation policy black hole, and is still considering unilateral carbon budgeting or targets when the UK has just  joined a continental (European) Emissions Trading Scheme.

Despite all this, the Airport Operators Association and many others in aviation are optimistic about the future.  But to deliver on that optimism everyone in the industry needs to unite, otherwise we make it easy for those who wish to do our industry down.  So whether campaigning for fairer, lower APD via A Fair Tax on Flying (www.facebook.com/afairtaxonflying), or promoting environmental and noise initiatives such as Sustainable Aviation (www.sustainableaviation.org.uk), now is not the time to just simply fight your corner. Rather – in this final full year before the Sustainable Framework for UK Aviation is devised and adopted – now is the time to stand together and fight to establish aviation as an essential help, and not a hindrance, to the future success of UK plc.

This is the message that Ed Anderson, AOA Chairman, will deliver to tonight’s AOA Annual Dinner, at which Transport Secretary Justine Greening will be in attendance.  This is the message policy-makers will receive at the Sustainable Aviation Road-Map launch in the House of Commons tomorrow, when we demonstrate aviation really can deliver both growth and environmental impact curbs.  And this is the message that the Chancellor will be hearing loud and clear from the Fair Tax on Flying coalition later this month ahead of the Treasury’s implementation of a punitive double inflation APD rise for 2012/13 and another inflation tax-increasing Budget for the year after that.

We are on the right side of these aviation debates.  Anti-aviation opponents do not represent the great majority of people in this country who fly and/or benefit from the advantages a connected air network brings.  Policy-makers are not necessarily set in their ways, as evidenced by the Treasury freezing APD last year (following energetic, united, campaigning) in last March’s Budget, and its inclusion of aviation in the National Infrastructure Plan in November, following many months when the Government would only talk of roads, rail and ships as key national infrastructure.

As I sit under the flightpath where I live, watching planes descending gracefully from the clouds to come into land (yes, I really do do this!), wondering where their cargo of holidaymakers, business people, loved-ones on family trips and high value belly-hold freight have journeyed from, it seems to me that aviation’s best days can still be ahead.  Anti-aviation campaigners and complacent governments will come and go, but flying is here to stay.  However, we must join forces as an industry and fight the good fight in this crucial lobbying year if both the aviation industry and the country it serves are to flourish in these tough economic times.  I look forward to joining you on the campaign trail, as we unite to ensure aviation can progress from merely taxiing to take-off in the years ahead.