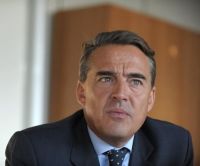 Summer capacity on offer by the Air France/KLM is to rise by just 0.6%.  It said that capacity will be raised by 0.8% on long haul routes but will be trimmed by 0.2% to medium-range destinations, excluding operations that the airline is developing from regional bases in the French cities of Marseille, Toulouse and Nice.  However these are marginal with just 3% more seats available.

Air France said that, in coordination with its partners Delta Airlines and Alitalia, it is slashing its seat capacity on North American routes by 6.5% over the summer.

The French flag carrier, which is struggling to return to profitability, said that it is suspending its flights to Seattle, which will be taken over by Delta, and to Newark, the alternative New York airport, from the beginning of the summer.  Orlando goes in September.

Smaller aircraft will be used on the Paris to Miami and Toronto route.  From 28 May 2012 one of Air France’s two daily services to Los Angeles will be upgraded to an A380, making it the third US destination served with the Super Jumbo.  However the weekly flights will be reduced from 20 to 15. www.airfrance.com