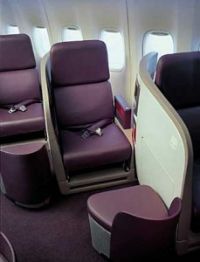 With UK unemployment climbing again Virgin Atlantic has announced a recruitment drive for 500 cabin crew.  The jobs will be based out of Heathrow and Gatwick airports and new recruits will be taking to the skies on Virgin Atlantic’s new routes of Cancun and Vancouver plus other destinations on the airline’s long haul network including New York, Barbados, Las Vegas and Shanghai.  Also joining the airline during the year are seven further Airbus A330s.  Last year the airline took delivery of its first ever twin jets, configured 59 Upper Class and 255 Economy.

Virgin Atlantic recently announced a £100m investment in its Upper Class product which will commence on its London to New York JFK morning flight before rolling out across all aircraft joining the Heathrow fleet over the next three years.  The onboard enhancements to the initial New York service will be instantly supported by a new multi-million pound Clubhouse at John F. Kennedy airport.

Virgin says its existing Upper Class product continues to be popular, with load factors showing a 5% recovery since the height of the recession in 2009.  Transatlantic Business Class bookings have started strongly for the airline in 2012, with a double-digit growth in demand for New York. www.virgin-atlantic.com