ON THE SOAPBOX: Tom Jenkins of ETOA says Visas are a bureaucratic pantomime too far 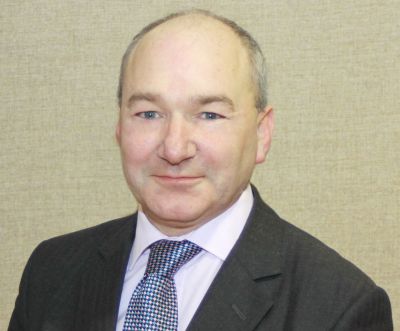 Tom Jenkins is the Executive Director of the European Tour Operators Association (ETOA), which represents tour operators and their suppliers at European level.

Before taking the reins at ETOA, Tom held a number of senior management positions at American Express.  His CV includes Thomas Cook and Equinox Travel.

The travel industry is recoiling from another assault from the Chancellor regarding Air Passenger Duty (APD).

Whilst the loudest shrieks are coming from the airlines and the major outbound operators, the damage hits inbound operators too.  As London is often sold to long-haul visitors as part of a European tour, it has just about managed to retain its status as the main entry point into Europe but that is changing.  Flying in and out of London would seem a good economic option, especially for a UK and Ireland tour.  The £300 APD for a family from Beijing says otherwise.  Thus the Government gives potential visitors another reason to drop the UK.

But be of good cheer.  This is what governments do for you; especially when governments need money.  Bullies remove dinner money from small children because they can and because they like spending the cash.  They do not modify their behaviour from impertinent notions of morality, decorum or sense.  ETOA will be opposing APD out of principle, but not armed with much hope.

However, there is a scandal where we do have a hope of modifying behaviour, and that lies in the area of visas.  Few countries impose visas with grace and elegance.  Obtaining a visa is usually an experience where the host nation displays its bureaucratic self with teeth, claws and added dust.  Processing visas is manifestly not a fun job, a burden which is freely shared with the customer.

Think of the plight of a prospective tourist to Britain who resides in a country where a visa is required.  They have to fill in a form in English, and only English, a form which asks such illuminating questions as, “Have you engaged in any other activities that might indicate that you may not be considered a person of good character?”  Then they must submit a ream of personal documentation on different areas of their life; spend money travelling to a visa centre for an interview to be quizzed about why they want to visit the UK (could it be they are asking themselves the same question at this point?); have their fingerprints taken (a process normally associated with criminality); and pay £76 per person for a one in ten chance of having their application rejected.

The guide to supporting documents helpfully advises that they do not make any payments for accommodation, travel and so on until they have received their visa, but this is followed by the suggestion that a travel confirmation and hotel booking confirmation could be useful supporting documents.  A tedious, tiresome process decorated with absurdities.  According to one Middle-Eastern travel agent, the UK makes an "applicant feel that they are doing him a big time favour just by considering his application".

When we surveyed our members in 2010, we discovered that the UK is the worst destination in Europe for handling visa applications (beating France and Italy to claim the “top” spot).  According to travel agents in the origin markets, over 20% of people gave up on their trip to the UK when confronted with the visa process.  This is more than 300,000 visitors, who would have brought in £500 million of revenue.  But who cares about £½ billion in lost revenue?  It serves them right for being foreign.  And for wanting to come here.

That this process is nonsense cubed does not mean that reform will take place.  Being nasty about immigrants is no longer cool, but there is an open season on tourists.  Britain has the most obnoxious process.  It demands the most extraordinary levels of personal information.  And it insists that this is somehow better than a Schengen visa.  But the amazing aspect of this is that – despite the fact that we charge more than most countries for a visa – in some cases the Government even loses money in issuing them.

In these straightened times, it is this last incompetence that gives us hope.  APD brings the Government much needed money; the current visa regime is leaking cash.  So there might come a time when this laboured insult to our customers, this process which puts the "little" into Britain, becomes a bureaucratic pantomime too far.

As an industry we shall continue to struggle with the Government on APD; but we may ultimately have more to gain by winning the argument on visas.

Editor’s Note.  Please see Korean Airways in this issue.  Korea is Visa less on entry, and the UK reciprocates.  Is that why the route is booming?