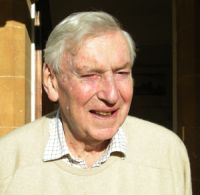 Clearly not so well known to a younger generation, Patrick Shovelton (92), who has passed on, was the epitome of a genial English gentleman, concealing a very sharp brain and tough negotiator.  It was Shovelton who led the UK team with the negotiations on Bermuda 2, the transatlantic airline pact of 1977 with the United States, which led to British domination of some very lucrative air routes.

Charterhouse and Oxford were Patrick’s route into World War II and the Army where he finished up as a Major and into the Ministry of War Transport.  His Civil Service career included spells in Transport and Consumer Protection.  As Vice Chairman of Maersk (UK) he was involved with the Brymon Airways investment which led to the short-lived Birmingham European Airways.  Even in his latter years he was a keen single figure handicap golfer.  His wife, Dame Helena, is the Chief Executive of the British Lung Foundation.  She has chaired both the Citizens Advice Bureau and the National Lottery Commission.