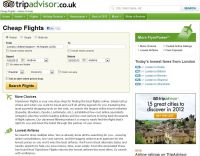 The Advertising Standards Authority (ASA) has ruled TripAdvisor’s claim that all reviews on its website are genuine is misleading.  The ad watchdog was responding to complaints from interested parties.

The claims were essentially that the website does not verify the reviews and therefore cannot prove that they are genuine.

TripAdvisor told the ASA that consumers placed a high level of trust in the site, as demonstrated by its continued growth since it was founded 10 years ago.

The company added that no review site could guarantee to be 100% free of fraudulent content, but said it used “advanced and highly effective fraud detection systems” and dedicated “substantial resources” to identifying and minimising any non-genuine comments.

ASA also noted that while TripAdvisor allowed hotels a right of reply to negative reviews, it considered that a hotelier’s response in itself would not go far enough to alert consumers to non-genuine content.  The implication seems to be that whilst a product could promote itself by way of a third party, exactly the opposite could take place too.

The ASA has told TripAdvisor not to claim or imply that all the reviews that appeared on the site were from real travellers. www.tripadvisor.co.uk www.asa.org.uk