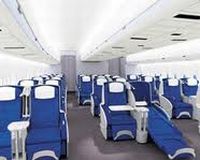 Chongqing is to become Finnair’s fourth Chinese destination in early May, adding to Beijing, Hong Kong, and Shanghai, the airline has confirmed.  It will be the first European carrier to offer a direct service between the city, said to be the world’s largest urban conurbation and Europe.  Finnair’s UK flights from both Manchester and Heathrow will connect to the Chongqing flight in Helsinki.

Chongqing, on the edge of the Tibetan plateau, is also one of southwest China’s main transport hubs, with good connections to the rest of the country and South East Asia.  The city’s main exports include motorcycles and aluminium; Chongqing is also rich in natural resources, including coal, natural gas and mineral deposits.  Situated at the fertile intersection of the Yangtze and Jialing rivers, the area is also an important agricultural producer of rice and fruit – and is famous for its oranges.

Flight time is 8hrs 30mins with a two-class Airbus A340 four times per week. www.finnair.com