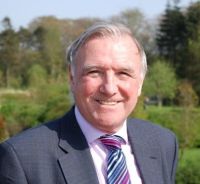 Malcolm Bruce, the Liberal Democrat MP for Gordon (Aberdeen) asked David Cameron during Parliamentary Question Time what on the face of it was a fairly innocuous question.  “British Airways has announced that it has reached an agreement to take over British Midland International.  Although this is being challenged under competition rules, what assurances can the Prime Minister give that the landing slots at Heathrow from regional airports such as Aberdeen will be protected if it is allowed to go ahead?”

BA would then be the only airline on the Heathrow – Aberdeen route.  Clearly a genuine enquiry, but was there a request for the matter to be raised from 10 Downing Street.  And if so was it used by the PM to show his interest in air transport and the bmi takeover?

The Prime Minister: “The Rt Hon Gentleman makes an important point, and I am sure that it is important to his constituents as well.  I will look into the issue of landing slots – I know how important it is for regional airports – and get back to him.”  The response should be interesting.