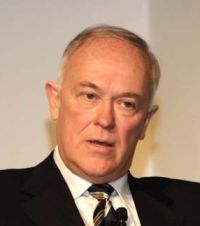 Barcelona is to become Emirates second passenger gateway into Spain from 3 July, after doubling frequencies to Madrid from the first of the month.

The 30th European destination for the airline will be served with a 360-seat Boeing 777-300ER, in a three-class arrangement.  This includes eight First Class Private Suites and the award winning ‘ice’ entertainment system throughout all cabin classes.

Just two days before, on 1 July, in a further sign of commitment to Spain, Emirates will launch a second daily service to Madrid.  This will also be operated with a three-class Boeing 777-300ER.

“Emirates is making a very significant investment in Spain.  To announce a new destination and a doubling of services to an existing gateway at the same time demonstrates our belief in the market and our commitment to the country,” said Tim Clark, President, Emirates Airline.  “Madrid has been a strong performer and the demand is there for a second frequency, while we need a second point serving the dynamic Catalonia region.”

Catalonia receives approximately 25% of annual foreign investment in Spain and more than half of the Japanese, French, German, American, Italian and Dutch companies in Spain are located in the region, according to Barcelona City Council. www.emirates.com