Scottish referendum could cause APD dilemma 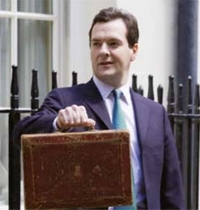 The possibility of Scotland leaving the United Kingdom could set up some interesting tax situations, in particular with regard to APD (Air Passenger Duty).

The subject was raised last week with First Minister Alex Salmond suggesting a referendum in 2014 and British Prime Minister David Cameron hinting at 2013.

At present all parts of the UK pay the same APD with the exception of North Atlantic services from Belfast where the attraction of cheaper tax fees at Dublin has caused the Treasury to back down with much cheaper taxes.

Should Edinburgh introduce lesser rates than England, Newcastle might well ask for a reduction too, passengers attracted to go north to Glasgow for Emirates flights to, say, Sydney.  And if Newcastle why not Manchester too.  Birmingham would then be sure to apply.

What you are left with is only London paying a premium rate, unpopular with all and a political minefield for the Mayor to tackle. http://customs.hmrc.gov.uk