High Speed Two on its way 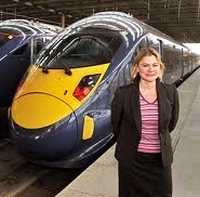 Britain will have a national high-speed rail network providing vital new capacity and faster journeys across the country from 2026, Transport Secretary Justine Greening has announced.

Called HS2 (High Speed Two) it will be a Y-shaped operation with stations in London, Birmingham, Leeds, Manchester, Sheffield and the East Midlands linked by high-speed trains conveying up to 26,000 people each hour at speeds of up to 250mph.

HS2 will be built in two phases.  The first will see construction of a new 140-mile line between London and Birmingham by 2026.  The second phase will see lines built from Birmingham to Leeds and Manchester by 2033.  A formal consultation on second phase routes will begin in early 2014 with a final route chosen by the end of 2014.

The first phase of HS2 will include a connection to Europe via the Channel Tunnel.  On completion the network will include a direct link to Heathrow. www.hs2.org.uk