bmi not a done deal 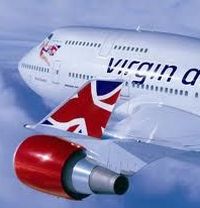 British Airways proposed purchase from Lufthansa of bmi is not a done deal.  Virgin Atlantic has come in with a bid which, whilst thought to be less than the BA offer, has certain advantages for the German airline.

A Virgin Atlantic takeover of the former British Midland Airways would probably happen far quicker, with significant cost savings, as it would not be subject to regularity examination and may well draw the airline, 51% owned by Richard Branson’s interests, into the Star Alliance fold.  Minority shareholder Singapore Airlines is a member of the global grouping.

For BA the great advantage of taking over bmi is the added slots it would give at Heathrow, allowing for flexibility and future expansion given the Government’s ‘no new south east’ runways policy.  Duplicated routes would be eliminated.

Owned by Virgin Atlantic, bmi would feed into the airline’s Heathrow hub more so than it does now, but the Crawley-based carrier lacks any experience in the short haul area.  A stronger British Airways would not be seen in the best light by Lufthansa in spite of short term monetary gain.

Virgin may also want to use some slots for long haul and become the dominant airline from Terminal 2. www.flybmi.com