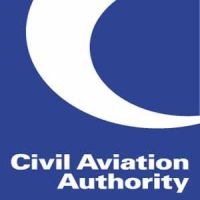 Britain’s Civil Aviation Authority (CAA), last week published a report entitled “Aviation Policy for Consumers” in which it said that capacity restraints would “increasingly limit the choice and value available to consumers.”  Air fares would rise, the quasi government department noted, and cited London City Airport where charges, which the airlines pass on to passengers, would increase.

The CAA pointed out that available capacity at Heathrow was affecting efforts to liberalize air service agreements with foreign states.  These are normally on a 50/50 basis.  New destinations might well not be developed.

Iain Osborne, CAA Regularity Director, said: “ We frequently hear that the UK is losing out to Europe in its aviation network and that there is a connectivity crisis in London.”  In an effort to get over this problem airlines are likely to look at long haul routes to the detriment of regional and short haul traffic.

The CAA made it clear that, in its view, the Government needs to put passenger requirements at the top of the pile when it outlines its aviation review next spring. www.caa.co.uk