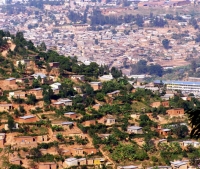 Rwanda and Burundi have been added to South African Airways (SAA) route network as part of the airline’s growth plans.

“SAA is focused on strengthening its intra-Africa network in line with its Africa Expansion programme.  Adding even more destinations to our already extensive Africa route network gives our customers more travel options to thriving destinations that were previously difficult to reach by air,” says Gary Kershaw, Country Manager UK & Ireland.

In addition to being the capital city of Rwanda, Kigali is also its economic, cultural and tourist transit hub.  Bujumbura is Burundi’s capital and largest city and is close to the country’s main port, shipping coffee as its primary export.

SAA’s most recent addition to its African route network was the start of flights to Ndola (Zambia) on 2 October.  The Ndola service is largely aligned to growth in demand from mining executives, especially those flying into South Africa from countries such as Australia. www.flysaa.com