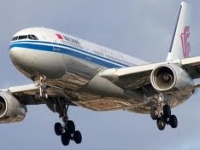 Gatwick has now confirmed a start date of 1 May for a four times weekly Air China service to Beijing.  This is considered another coup for the South London airport now fast becoming a serious UK gateway for the Far East with Air Asia X transferring from Stansted in October, Vietnam Airways arriving last week (see below).  Hong Kong Airlines and Korean Air will commence flights in 2012.

Air China is the only airline offering both major London airports to Beijing.  It already serves Heathrow daily with Virgin Atlantic codesharing on the route.  BA also flies to Beijing from Heathrow.

Departures from Beijing are on Monday, Wednesday, Friday and Sunday at 01:35, with the return leg from Gatwick leaving on the same day at 13:15.  The 10-hour route will be operated by A330-200 aircraft in a two-class aircraft, similar to the Heathrow operation. www.airchina.com.cn