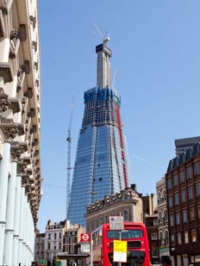 Since the present hotel building boom started in 2003, over 105,000 new rooms have been added to UK hotel stock.  Just over half (55%) of the new-builds are in the budget sector.

The hotel industry is continuing to be a tale of two markets, with London moving ahead with 81.8% occupancy for the year to September 2011 at an average annual achieved room rate (ARR) of £107.72.  Hotels in the regions are lagging behind with 70.5% occupancy at an ARR of £48.27.

Figures for the catering sector show that, despite the recession, the number of meals served in 2010 continued to increase in all commercial sectors, except pubs.

Ufi Ibrahim, BHA’s Chief Executive, says that the key to the industry’s future is to remove some of the barriers to growth, the main one being the high rate in the UK of VAT on hotel accommodation, attractions and restaurant meals compared with other EU member states.

“This is making the UK uncompetitive with much of Europe.” www.bha.org.uk