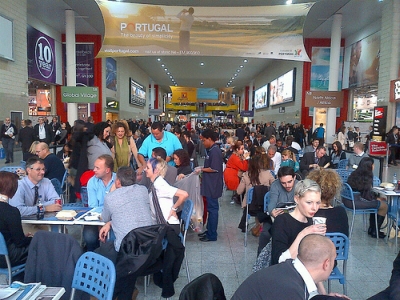 There is still room for improvement (Paris hosted a very well organised opening day via a City Cruises Thames voyage to the show from Waterloo, only to be defeated by petty bureaucracy at Excel itself.  It took 30 minutes to actually open the walkway from the boat!) but 2011 is likely to go down as the best World Travel Market (WTM) yet.

Whilst the full attendance figures are not out yet there was a tremendous buzz about the place the whole week.  There were 183 new exhibitors.  What is not obvious to the casual visitor is the events programme.  On the first day visitor invitations were up by a massive 14%.  At any one time there can be up to eight well-attended presentations going on at various venues dotted around the 100,000sq m of Excel.  Plus press conferences.  Exhibitors competed within the halls with networking parties and also at the many hotels that have sprung up within a few minutes walk of both the east and west entrances.  The DLR, now with extended trains, just about took the strain, and if you know your way around the system, it is reasonably civilised. 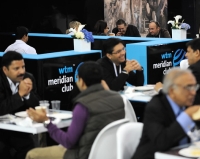 WTM is not a business travel show, although a number of major carriers once again were exhibiting.  These included United Airlines without Continental for the very first time.  During the opening day news filtered out (via AERBT amongst others) that Business Travel Market (BTM), the dedicated June gathering at the same venue, had joined the WTM stable, universally accepted as a good move.

UK Air Passenger Duty (APD) affects the travel trade severely, as does emissions trading.  Martin Craigs, who took over as PATA (Pacific Asia Travel Association) – vital for incoming business – accused the UK and European Union of “hypocrisy” and denounced the UK Government’s recent appointment of MP Justine Greening as Transport Secretary.  His view was simple “Moving Greening to the Department for Transport is like asking [Real Madrid Football Club Manager] Jose Mourinho to referee the game.”  Greening has led opposition in Parliament to expanding Heathrow and was previously Economic Secretary to the Treasury where she was responsible for APD.

He accused the UK airline and travel industry of poor lobbying.  There are indications that travel organisers are emphasising to clients the need to make the UK the initial destination visiting Europe, and then leaving by Eurostar/ferry, saving APD

World Responsible Tourism was the theme of the show this year. 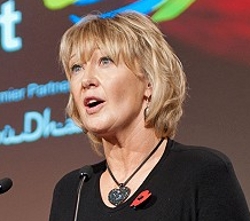 But she also acknowledged that “companies need to balance profit against the values and principles of prudent corporate social responsibility.”

The World Travel and Tourism Council (WTTC) downgraded its previous forecasts for the sector by about one third, predicting growth of 3.2% in the value of travel this year and 3.3% next year.

The United States has its first-ever unified international consumer promotion.  An initiative of Brand USA Inc – formerly the Corporation for Travel Promotion – the new identity represents the first phase of a promotional campaign aimed at increasing visitor numbers to the country by 40% to 300m by 2020. 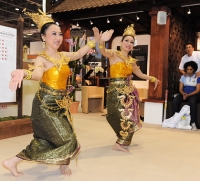 Whilst in last week's AERBT we reported that the European Tour Operators Association (ETOA) was very negative regarding the London 2012 Olympics, they will have no significant impact on UK travellers’ holiday plans next summer according to the World Travel Market Industry Report 2011 which was released during the show.  More than 1,000 holidaymakers who had taken at least one seven-days-or-more holiday during the past year were asked about the effect of 2012 Olympics would have on their holiday choices.

Only 8% of the UK population have Olympics fever and plan to incorporate the Games into their 2012 summer holiday.  While 6% plan to leave the UK to avoid the Olympics.

Half said they would holiday abroad as usual, with 36% holidaying in the UK but not visiting the Olympics as part of their holiday.

Nonetheless, Brits are overwhelmingly positive about the UK’s hosting of the Games. 60% agreed that tourists will be encouraged to visit London with more than half recognising the marketing opportunity for London (56%) and the rest of the UK (47%). 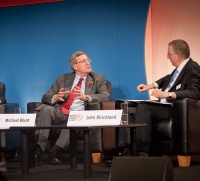 With many Olympic events, from sailing to soccer, taking place outside London, more than one-third (34%) also agreed the Games will drive visitors to other parts of the UK.

Fiona Jeffery said: “The British travelling public believes that the Olympics will be good for London and regional tourism, without necessarily wanting to attend themselves.

“It is also reassuring the Olympic bodies’ messaging that the Games is not just about London seems to be getting through.”

ExCeL London, home of World Travel Market, is also hosting a number of events at London 2012, with the boxing, fencing, judo, taekwondo, table tennis, weightlifting and wrestling competitions taking place under its roof.