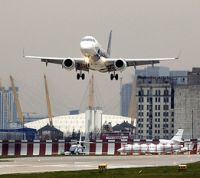 British Airways subsidiary CityFlyer, based at London City Airport (LCY), says that its 2012 schedule will stay much the same as the very successful programme operated this year.  Despite persistent rumours that British Airways will introduce a Boston service, to complement the New York Airbus A318 operation via Shannon, nothing seems to be happening on that front.  The LCY aircraft are the only ones of their type in the BA fleet, and factory fresh planes are probably 18 months away.

CityFlyer has carried nearly 60% more customers to sunshine destinations from the Docklands airport compared to last year.  According to BA CEO Keith Williams the business has now turned around, a major contributory factor the introduction of the Embraer 170 and 190 series aircraft.

Luke Hayhoe, General Manager Commercial BA CityFlyer, said: “We first introduced leisure flights to Mallorca and Ibiza last year and they proved so popular we extended the season and brought them back this year.  We also introduced year-round flights to Faro and Malaga this year giving customers the option of some winter sun destinations as well.” www.ba.com