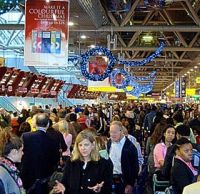 The UK government's Department for Transport (DfT) has published a 168 page updated version of its 2009 aviation forecast that proved wildly optimistic.  Two years ago the DfT was saying 455m passengers for 2030.  The revised figure is now 335m.  In 2010 221m people moved through the UK’s 40 significant scheduled service airports.

A government statement coinciding with the report sets out a number of options for reducing the carbon footprint of aviation, including not building runways in the UK between now and 2050.  Quite where the DfT expects all the extra passengers to fly from remains much of a mystery although the increase of Airbus A380 activity, and the withdrawal of smaller less efficient aircraft at the major airports will see a significant increase of passengers' movements per departure/arrival in the years to come.

The figures in the report regarding civil aviation's contribution to greenhouse gases is regarded by many experts to be questionable.  No consideration seems to have been made regarding military air traffic.

On Wednesday (21 September) junior Transport Minister Theresa Villiers opens the new railway station at Southend Airport.  The airport is expected to increase passenger throughput from virtually zero to over 2m in the coming years. www.dft.gov.uk