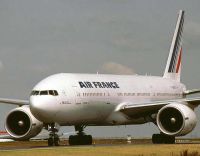 Whether Airbus and Boeing are pleased with the orders, each for 25 Boeing 787 Dreamliners and 25 Airbus A350s, is arguable.  Normally commitments of that size produce great fanfairs.  This time around the mood is more subdued.  Air France is said to be more politically sensitive to where it buys its aircraft than most.  Rumours were that management wanted to go for the Boeing.  The airlines operate very successfully 60 Boeing 777s, but in recent times no 737 series aircraft at all.

Air France has had its differences with Airbus over what caused the 2009 mid-Atlantic crash of an Airbus jet.  Was it the aircraft, pilots, or a combination of both?