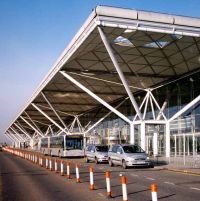 Stansted Airport, or for that matter either of Edinburgh or Glasgow, are not likely to be sold off by BAA Ltd in the very near future.  The Spanish-owned company has decided to now seek a judicial review of the Competition Commission’s judgment forcing it to sell two of the three airports.

It was back in 2009 that the Commission decided that the airports required to be sold (plus Gatwick which BAA pre-empted).  Legal machinations continued and in November last year the Commission was forced to re-open the case on the grounds that circumstances had changed.  That was ruled not the case.

The new petition is to the Competition Appeal Tribunal.  Whether BAA believes it really does have substantial evidence of changes in the initial evidence, or just a delaying tactic remains to be seen.  Industry insiders believe that the airports’ values will rise from a low point at the present time. www.baa.com