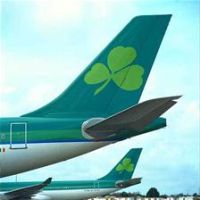 BELFAST INTERNATIONAL is working says Aer Lingus after last week’s report in AERBT that the airline is reducing its base fleet from three aircraft to two.  On the key Heathrow route the load factor is 79%, well up on the same period from last year.  The new flights have only been running 17 months.  Aer Lingus is now the second biggest carrier operating from Aldergrove behind low cost airline easyJet.  Ryanair, in a typical petty and misleading announcement, said that its established George Best City Airport operation to Stansted is attracting 50% more passengers whilst using one aircraft against three.  The figures just don’t stand up. www.aerlingus.com