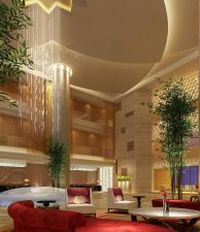 Kempinski, which in 1992 was the first European hotel group to establish itself in China, has opened a new property in Huizhou in the province of Guangdong.  By the end of this year, four more openings are expected in Shanghai, Guiyang, Sanya/Haitang Bay and Xiamen with five more to follow in 2012.

The Kempinski Hotel Huizhou offers 340 rooms, including 46 suites.  There is a wide range of restaurants, bars and lounges, including the Season’s Restaurant, Paulaner Microbrewery, Dragon Palace with traditional Chinese cuisine and Edo, a Japanese specialty restaurant, which will fulfil any gourmet’s wishes.  The Lounge and Kempi Deli, with European delicatessen, complete the palette.

The hotel has 15 different sized meeting rooms and the impressive Great China Ballroom can accommodate 500 diners or twice as many for stand-up functions..

Huizhou is located in the south-east of Guangdong province, and is one of its largest coastal cities.  It is said to be the fastest growing trade hub in China, and at the same time is one of the most popular holiday destinations in the country.  The hotel is centrally located in the commercial district, opposite the Huizhou Exhibition and Convention Centre.  Huizhou Airport is approximately 20mins away. www.kempinski.com/huizhou