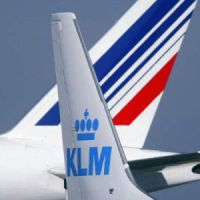 Unions at Air France have called for a four-day strike by flight attendants at the end of July, raising the threat of travel disruption over a peak holiday period.

Scheduled for 29, 30, 31 July and 1 August, the protest is against a re-organisation of the cabin staff’s work at the regional hubs that Air France is setting up to counter competition from low-cost airlines.

Air France plans to start operating connecting flights in October at its first provincial hub, in Marseille, as part of efforts to regain market share on short and medium haul flights.

The airline says that the opening of three further regional hubs – in Bordeaux, Nice and Toulouse, due by spring 2012 – should cut costs by 15% and allow for new routes to be opened toward destinations in France and Europe.

The end of July and start of August is traditionally one of the busiest periods for French travel, with thousands of families heading off for their summer holidays, and many others returning home after taking their annual break in July. www.airfrance.com