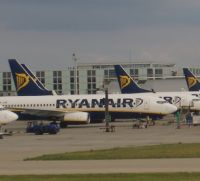 Following the AERBT editorial last Monday, the Competition Commission (CC) confirmed the next day that BAA must sell London’s Stansted Airport, and either Edinburgh or Glasgow in Scotland.  This confirms the CC’s earlier provisional view, which was published in March.

The sales process will start in three months’ time – or sooner if undertakings are accepted from BAA in the meantime.

The CC has been considering whether there have been any material changes in circumstances since it published its final report on BAA in March 2009.  The decision was subject to a legal challenge by BAA, which eventually culminated in the reinstating of the CC’s findings in October 2010.  In February, the Supreme Court refused BAA permission to appeal further.

The CC has concluded that the sale of the airports is fully justified and that passengers and airlines would still benefit from greater competition with the airports under separate ownership, despite the current Government’s decision to rule out new runways at any of the London airports. www.competition-commission.org.uk