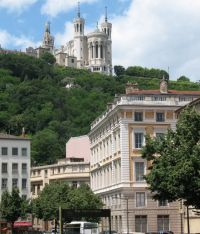 In April 2012 Finnair will introduce a twice daily direct Embraer E190 operation from Helsinki to Lyon in east-central France.  It will be the first time the centres have been linked by air.  For residents of France’s second largest city and its surroundings, the route provides not only a convenient service to Finland, but also connections to Finnair's Asian destinations.

Situated where the Rhône and Saône rivers converge, Lyon has a population of over 1.2m, and its metropolitan area is the second largest in France.  A convenient tram service connects Lyon-Saint Exupéry International Airport to the city centre in just 30mins.  The airport is also served by direct high-speed TGV train connections to other parts of France and Italy.  Lyon is also an excellent hub for tourists travelling to hike or ski in the Alps, for example in Grenoble or Miribel. www.finnair.com